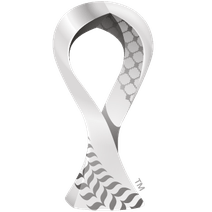 Algeria played Egypt at the Arab Cup, Group Stage of World on December 7. The match kicked off 19:00 UTC and ended in a draw 1 - 1.

Algeria national football team are having a solid run at the moment winning their matches against Lebanon and Sudan extending their unbeaten streak to 20 matches.

Egypt national football team are approaching the match in a good mood as well securing victories in 3 straight games against Sudan, Lebanon and Gabon extending their unbeaten streak to 18 matches.

You can watch Algeria vs Egypt live stream here on ScoreBat when an official broadcast is available. We will provide only official live stream strictly from the official channels of the league or the teams whenever it is available. Live streaming will begin when the match is about to kick off.

We aggregate all official videos from official websites and Youtube channels of Egypt and Algeria as well as the channels of the leagues that they compete in. So, whenever there is an official live broadcast of Algeria - Egypt match available that isn't behind a paywall - you will be able to watch it on ScoreBat.

We only provide live streaming when we can find an official stream by the league or one of the teams. If you are unable to watch the live broadcast on this page it probably means that there are no official streamings available yet.

We are updating team formations and line-ups for Algeria - Egypt in real time.

Referee showed the yellow card 8 times throughout the game. , , , , , , and were the ones to receive it.

Explore stats from Algeria vs Egypt on ScoreBat - we are updating the numbers on this page every second of the game.

As always, World Arab Cup, Group Stage's live standings are availble and updated in real time. Algeria are the 13th in the table with 6 points after 2 matches, while Egypt are the 14th with 6 points in 2 matches.

We are adding goal videos and full video highlights of the match between Algeria and Egypt in real time. You can watch the goal by as the videos of the goals are added usually minutes after the actual event if there are any official videos available. Full video highlights of Algeria - Egypt are being added as they become available on the official social media channels of the league or the teams.